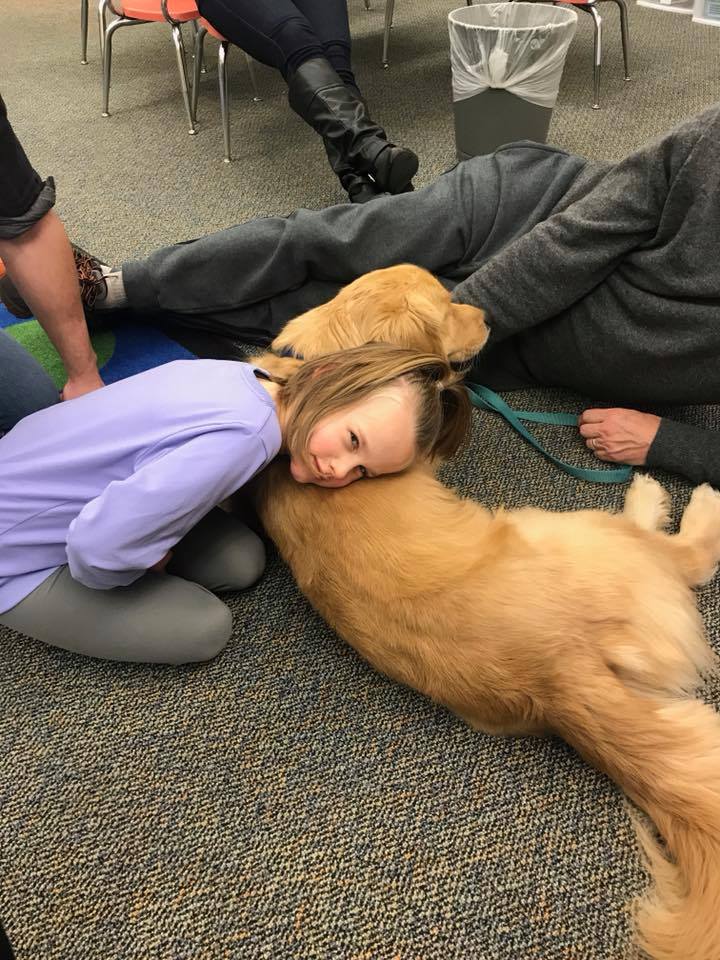 There are precious moments in Nellie’s Schoolhouse, sometimes brief, but filled with great meaning. One such moment occurred last week at Uwchlan Hills Elementary School when Allie and my dog, Zeke, had their biweekly “meeting.” Allie is six-years-old, non-verbal, and full of continual energy. In previous visits with Zeke, she had been unsure of canine boundaries – grabbing his paws, petting him a bit roughly, placing her face too close to his. Yet, in this moment, Allie surprised us all.

As she sat next to Zeke who was lying down, Allie (who has no fear of dogs) stroked his back softly and calmly. She looked at him with that sweet smile of hers, and he looked back at her with that goofy golden retriever grin. It was if the two of them were in a conversation that we could not hear. Then Allie began to lower her chest onto Zeke with calm reassurance, eventually placing her entire body on his back, her face pressed against his right side.

We were silent as we watched the two of them; words would have ruined it all. Allie and Zeke simply enjoyed each other’s company. Zeke did not move as he felt that gentle connection with Allie, and Allie continued to lay her head on Zeke, with a slight curve of her lips turned upward in a peaceful half grin. This lasted for almost two minutes, Zeke and Allie as one in a loving world that none of us there could understand.

Those were powerful moments that make my passion for Nellie’s Schoolhouse, and all it entails – its children, dogs and volunteers, and what that they do together – grow even stronger. I will always remember February 23, 2018, from 2:10 to 2:12 P.M., two precious minutes of grace.

One thought on “Precious Moments: How Allie and Zeke Became Best Friends” 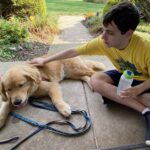 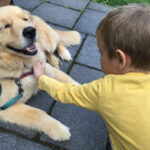 The Power of Therapy Dogs – An Update from Nellie’s Schoolhouse 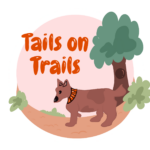 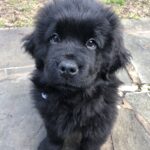 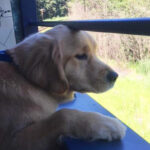 Get a Home Visit From Tom and Zeke